Drugs in Disguise: The Dangerous Truth Behind Herbal Extracts (Part 1) 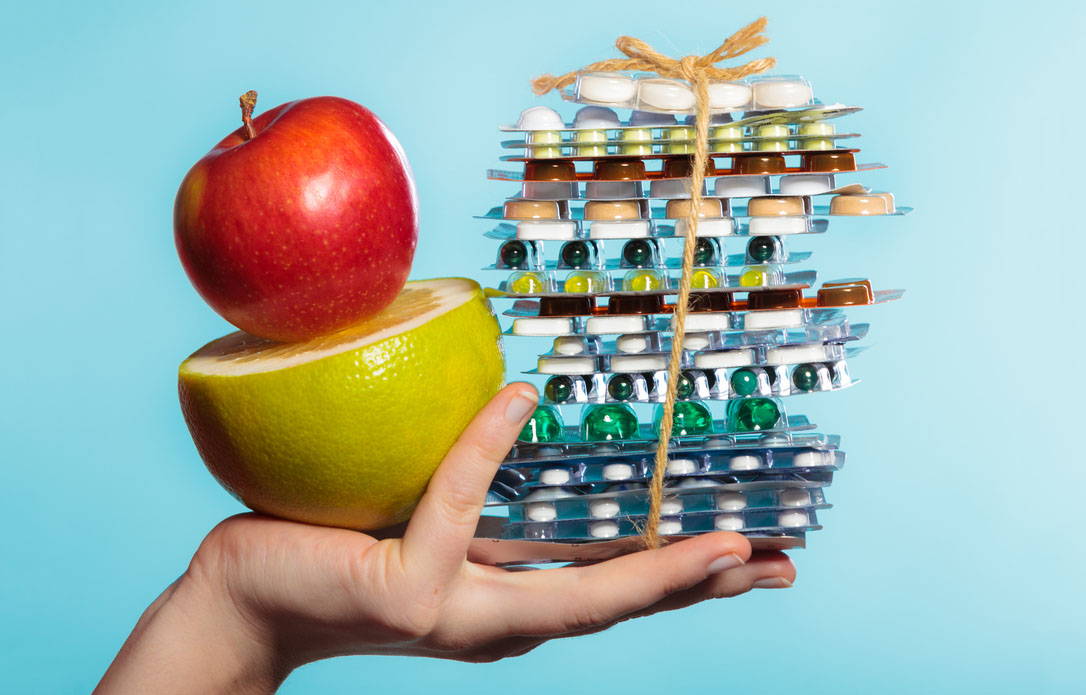 In this short mini-course we're taking a closer look at the world of extracts. It's the author's contention that whole herbs and functional foods are a far better approach to health.

In this first installment, we take a look at the reasons behind the existence of an "extracts" industry. 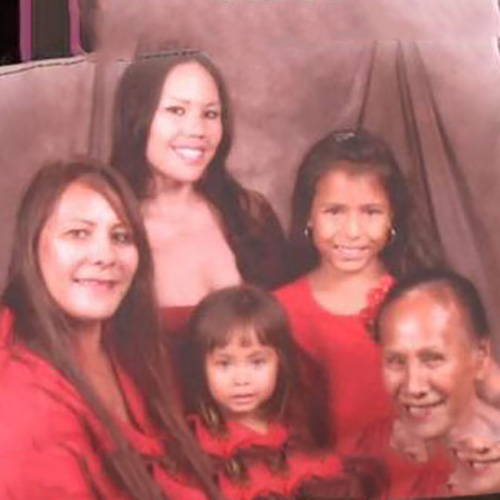 Sunnie's story - In 2013, Sonnette Marras, known as Sunnie to her friends, defied the odds and gave birth to a healthy baby at age 47, her seventh child. Like many new mothers, Sunnie was determined to lose her "baby weight."

By all accounts, she was reasonably fit and with seven kids, undoubtedly active. Her children described her as "strong as a horse." But she just couldn't seem to shed the few pounds she gained during her pregnancy Shortly after her baby celebrated his 1st birthday, Sunnie decided to be proactive. She'd read about a dietary supplement called OxyElite Pro.

The manufacturer's website gushed with favorable testimonials and reviews. The product had recently been reformulated to remove the newly FDA banned substance DMAA and proudly touted the reformulated supplement's safety. The bottle even says in large letters, "clinically tested!"

Sunnie decided to give it a try ... a few weeks later she was dead, acute liver failure at age 48. [i]

As a side note, this company is still in business and doing well, and their website is a fascinating read. They continue to sell the DMAA containing version called "Original Formula" outside of the USA. They go to some length explaining, that while the original formula is superior and is the product associated with most of their stellar reviews, they've made tremendous scientific breakthroughs to compensate for its removal in the USA "New Formula" version. (apparently due to pesky interference from those party poopers at the FDA. Yes, that is sarcasm.)

Matthew's story - Despite a physically challenging job, Matthew Whitby had steadily gained weight for years. From his school athlete weight of 135 lb., at age 27 he weighed in at 167 lbs.

One morning he looked in the mirror and decided, "enough is enough." He researched some weight loss products online and settled on one that had great reviews and seemed safe. 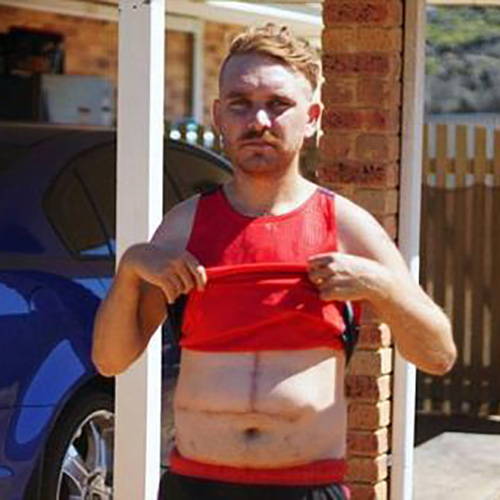 What could be dangerous about green tea extract and garcinia cambogia? Both are considered safe. It's tea and fruit for God's sake!

He tried the product for just a few days but dropped it because it made him nauseous. A few days later, Matthew was in the hospital fighting for his life.

Matthew's health was declining so rapidly he was forced to accept a liver transplant from someone infected with hepatitis B. He lived, but he's looking at a lifetime of expensive medications to maintain his health and his former, physically demanding job is no longer an option. [ii] 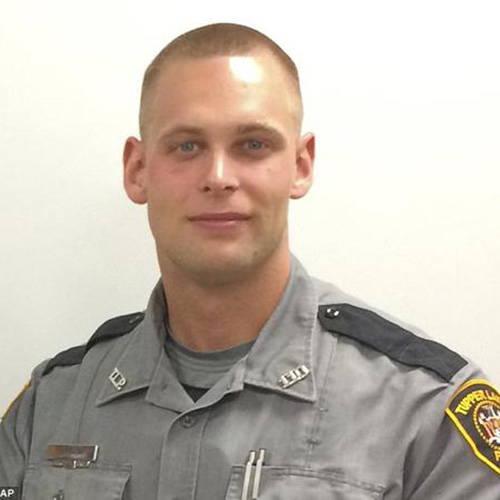 Another Matthew's Story - Matthew Dana was a 27-year -old police sergeant from New York State. No one knows for sure why he decided to try the dietary supplement kratom.

It may have been to relieve stress. Kratom comes from the leaves of a tree in Malaysia related to the coffee plant. It has a bidirectional effect. At low doses, it is a stimulant similar to coffee but at high doses acts as a sedative.

It may have been to help with his bodybuilding efforts. Matthew was an active bodybuilder and kratom is currently popular with bodybuilders for providing calm focus and loads of energy in the weight room.

Whatever his reasons, Matthew's decision to take kratom was a fatal mistake. His autopsy revealed severe bleeding in his lungs, a condition known as hemorrhagic pulmonary edema.

Kratom is controversial because it has been found to be helpful in weaning people off of opioids. Given the opioid epidemic currently sweeping the USA, advocates argue the benefits are worth the relatively unusual adverse reactions.

On the other hand, critics cite the fact that kratom has been responsible for 16 deaths in the last four years. [iii]

Scary stories to be sure. But I know what you are thinking. "These are all people taking weight loss supplements or bodybuilding supplements. I only take supplements for my health."

The other things all of these people have in common is they are consuming blends of single phytochemical compounds aka "extracts."

In this mini-course, I'm going to be exploring the confusing, often shady and sometimes dangerous world of dietary supplements based on extracts.

Today, I start by explaining what extracts are and how they became so popular.

Before I jump in, I want to make it clear, as my mama from rural Colorado would have said, "I do have a dog in this fight."

I've said many times, "when someone with an opinion about health is also trying to sell you something, you should look twice before you drink the kool-aid."

And that goes for things I say as much as anyone else. At Immortalitea, we sell mostly whole herbs. I think that choice is based on science. But you should keep my commercial bias in mind as you read this.

I want you to understand that science, so you will consider the products we sell and  because I believe it is an important health message that deserves greater attention.

Our new fasting tea is also based on extraction, but we use a very different process than 99% of the health supplements on the market.

I will be explaining that difference in the next post because it's crucial you understand it.

Ok, with that disclaimer out of the way,

What exactly is an extract?

Mother Nature is a complicated lady. Any naturally occurring plant or animal is comprised of hundreds of individual chemical compounds or phytochemicals. 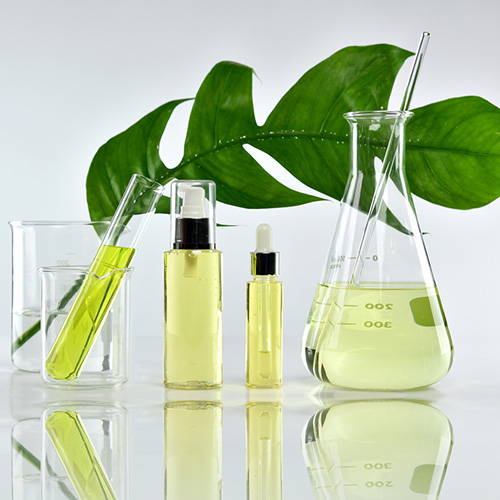 What we usually refer to as an ''extract" is the isolation, chemical extraction and concentration of a single phytochemical from the hundreds or thousands within a given plant.

Why do we do it that? 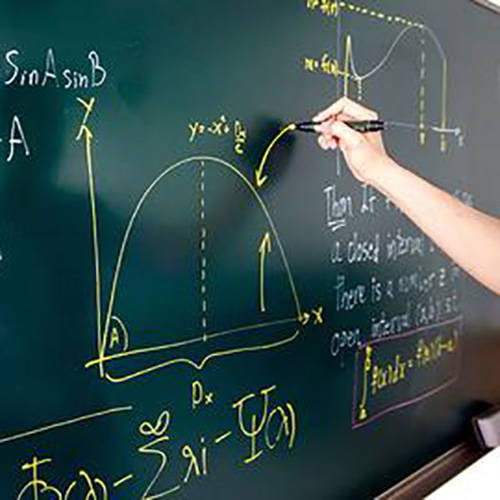 Well, the answer is part science and part economics. Let's start with the science.

I'm a physicist. I love it and am fascinated by it. But, I'm also acutely aware how much I don't know. And, for that matter, how much scientists as a whole don't know.

Let me give you one of my favorite examples from physics. It's called the 3-body problem.

We have the physics to accurately predict the motion of one object in space.

We kind of have the physics to describe the motion of two objects, (technically we have to assume one is stationary, so it's still an approximation. But, whatever, it works to get us to the moon and back.)

But as soon as you try to predict the motion of 3 or more objects, the math falls apart. People continue to work on it, but so far it’s considered unsolvable.

But, science marches on. How? We assume the heck out of things, approximate this and that and simplify things down until it's a problem we can either solve or estimate to a reasonable degree of accuracy.

When a system has too many moving parts, we take it apart until it reduced to components small enough for us to understand.

Now, imagine what happens when science is confronted with a plant, containing hundreds of phytochemicals, that seems to have a beneficial effect on the human body. The human body, in turn, is nightmarishly complex and poorly understood.

It's a 3-body problem on steroids!

But, we can't just leave it at that, so we do what scientist do ... we take it apart. Or, in this case, use chemistry to identify the various individual phytochemicals.

And, since people are messy to take apart we isolate human tissue, or even better, individual cells. 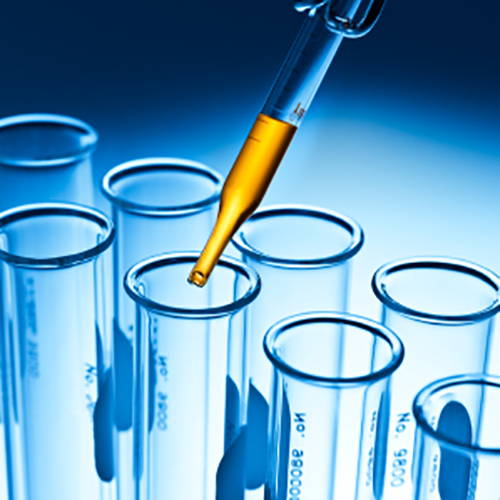 Then we test the isolated phytochemical compounds against the tissue or cells until we get a reaction that seems aligned with the observed health benefit.

It's inexact and hopelessly trial by error, but some of our most important medical discoveries have been made this way.

Scientists announce their findings in obscure and usually densely worded science journals and, for the most part, no one notices.

But, once in a while, a journalist or blogger picks up on it (someone like me for example) and speculates about the implications of the findings.

Now it's time for the economics to kick in. 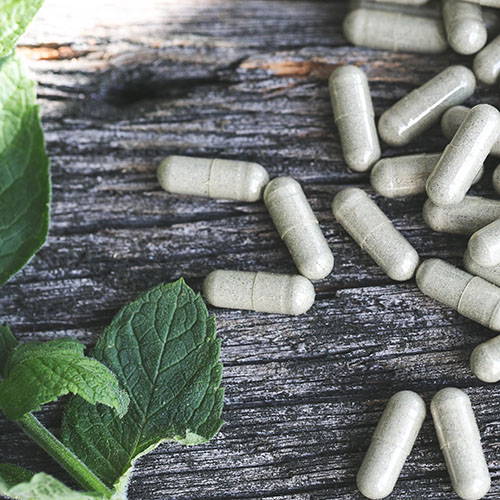 Pharmaceutical companies are doing this kind of research all the time. They mostly don't publish their results. If they spot a compound they think has potential they get busy trying to synthesize it. Because they cannot patent naturally occurring compounds, their economic interest is in manufacturing a chemical that has the same effect as the phytochemical and thus licensing the next blockbuster drug.

However, it is common that the compound; cannot be synthetically duplicated, or does not function in the same beneficial manner when duplicated or is prohibitively expensive to produce.

This creates an opportunity for the enterprising dietary supplement manufacturer. The extraction of the identified compound is almost always much less expensive than chemical copying.

It is a marketers dream come true. The buzz around the research findings creates a demand from people concerned with some aspect of their health and often desperate for a “cure.”

The product is relatively inexpensive to produce but can be sold for a premium. The average markup on an extract dietary supplement is 1600%. In other words, it sells for 16X the cost of production. [iv]

This high mark up, in turn, leaves plenty of room for marketing, for so-called multi-level marketing schemes (think Amway or Avon) and paid “influencers.”

This business model is so successful that industry advocacy groups claim they contributed 121.5 Billion dollars to the US economy in 2016. [v]

With numbers like these, it’s clear that the supplements industry is here to saty and exhibiting plenty of clout with government officials who might otherwise be regulating the industry more closely.

Next up, we’ll take a look at how extracts are made.

[ii] ‘Father of two, 26, left 'two weeks from death' and had his LIVER removed after taking a weight-loss supplement... and his transplant organ was infected with hepatitis B’, Daily Mail Feb. 14, 2016